You are here: Home › Faculty reports › Faculty of Science 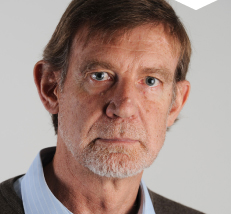 the faculty’s research output continues to grow, both in quantity and quality: ISI journal articles increased by six percent over the previous year.

The vast majority of staff in the Faculty of Science are actively involved in research programmes, and are located within 12 separate departments arranged on disciplinary grounds. There are 16 formal research units and centres within the Faculty of Science that are accredited by the University Research Committee. The faculty also supports 11 senior scholars, 10 DST/NRF SARChI chairs, and 91 honorary research associates formally linked to departments.

These various staff, together with their postgraduate students, all contributed to the faculty’s research output, which continues to grow, both in quantity and quality; ISI journal articles increased by six percent over the previous year.

A major development in 2013 was the merger of two previously separate departments, Botany and Zoology, to form the single Department of Biological Sciences. This important development reflects the change in nature of biological research where ecology, biodiversity and conservation biology increasingly reflect the integration of the previously separate disciplines of botany
and zoology.

To facilitate their research, staff were successful in raising approximately R142 million from governmental and non-governmental sources, with income from the latter comprising close to R69 million of this total, 50% higher than that received in 2012. The number of research contracts, at 226, was also significantly higher than in 2012 (145).

In addition, an injection of around R8 million from university sources was a very welcome relief to many in the faculty. Income from industry, government, public entities and statutory bodies was essential in providing bursaries to master’s and PhD students, postdoctoral fellowships, salaries of research and support staff and project running expenses.

The number of postgraduate and postdoctoral researchers continued to grow, with 388 PhD and 459 master’s students registered in the faculty, and 153 postdoctoral fellows spread across the departments. The number of doctoral degrees awarded in 2013 was 59, and there were 142 master’s degrees, 22% of the latter with distinction.

Two postgraduate students who excelled in their studies were James Lee-Thorp, Department of Mathematics and Applied Mathematics, who received the Southern Africa Association for the Advancement of Science (S2A3) Medal for his master’s dissertation Spectral Continuation Study of the Temporally Periodic Solitons of the Damped-Driven Nonlinear Schrödinger Equations, and Dr Neil Hart, Department of Oceanography, who received the Faculty of Science PhD Medal for his thesis Synoptic-scale Rainfall Patterns over Southern Africa: Scale interactions with large-scale modes of variability.

The faculty strives to continually improve the international impact of its research. The latter can be gauged in a number of ways, one being the 2013 Quacquarelli Symonds World University Rankings by subject, where we were placed in the band of 101 to 150 top universities for the Biological Sciences and for Environmental Science, and in the band 50 to 100 for the Earth and Marine Sciences.

Another, wholly numerical, way to evaluate impact is to consider field normalised citation data. The 2013 Mouton Report (commissioned by UCT) showed that 14 science faculty disciplines have field normalised citation scores greater than 1 (which is the world average). It is also noteworthy that, in 11 of the 14 fields, the proportion of science faculty papers in the top 10% of cited articles worldwide is higher than the expected 10%. At a national level, some 40% of academic staff in the faculty are rated by the National Research Foundation as either international leaders (A-rated), or having strong international reputations (B-rated) or being outstanding young researchers with the potential to become world leaders (P-rated).

Staff in the science faculty continued to garner international and national recognition in 2013 for their research contributions. Professor William Bond, Harry Bolus Professor of Botany, was elected as a Foreign Associate of the National Academy of Science in the USA (see more). Professor Anusuya Chinsamy-Turan, head of the Department of Biological Sciences, was the recipient of the World Academy of Science Sub-Saharan Africa prize for the Public Understanding and Popularisation of Science.

This important development reflects the change in nature of biological research where ecology, biodiversity and conservation biology increasingly reflect the integration of the previously separate disciplines of botany and zoology.

At a national level, Professor Kelly Chibale received the Medical Research Council Young Scientist Award (Silver Medal) in recognition of the excellence of his research in drug discovery, and specifically for leading the project team that discovered a potential new drug treatment for malaria.

Associate Professor Maano Ramutsindela, from the Department of Environmental and Geographical Science, received the prestigious National Research Foundation (NRF) Award for Transformation of the Science Cohort, which recognises black scientists for their efforts in overcoming challenges. The award is focused on transforming the science cohort to be more representative of South African demographics (see more).

Emeritus Associate Professor Jenny Day was awarded the South African Society of Aquatic Scientists Gold Medal – awarded on rare occasions in recognition of an exceptionally high standard of research in the aquatic sciences, or an exceptionally valuable contribution to the management, conservation or development of aquatic ecosystems or resources, over an extended period.

Within UCT, Dr Andrew Hamilton (Department of Physics) was the recipient of the College of Fellows Young Researcher Award for his research in high-energy particle physics, working in the ATLAS Collaboration at the European Centre for Nuclear Research (CERN) in Geneva.

a glance through the list of publications emanating from the faculty provides insight into the many varied and exciting research projects that came to fruition during 2013.

In addition to research articles, books and book chapters that were published, three major international conferences were held at UCT and organised by staff in the faculty in 2013: the “Sixth International Conference: Hard and electromagnetic probes of high-energy nuclear collisions” (Theoretical Physics), the “Fourth Annual Symposium on Computing for Development” (Computer Science), and the Sixth International Conference on Information and Communication Technologies and Development (Computer Science). These important conferences contributed to improving our international visibility as a faculty.

The quality and research performance of the academic staff is supported by many highly skilled and dedicated administrative and technical staff. They make an invaluable contribution to the research endeavour of the faculty and without their skills, the range of exciting research activities reported on here would not be possible. 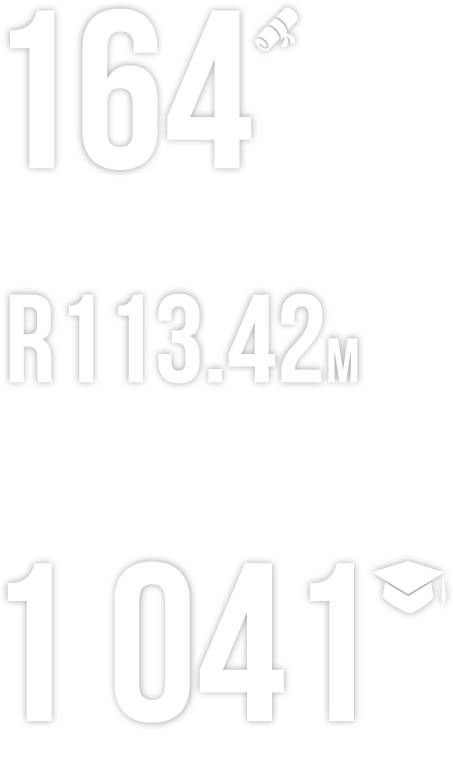